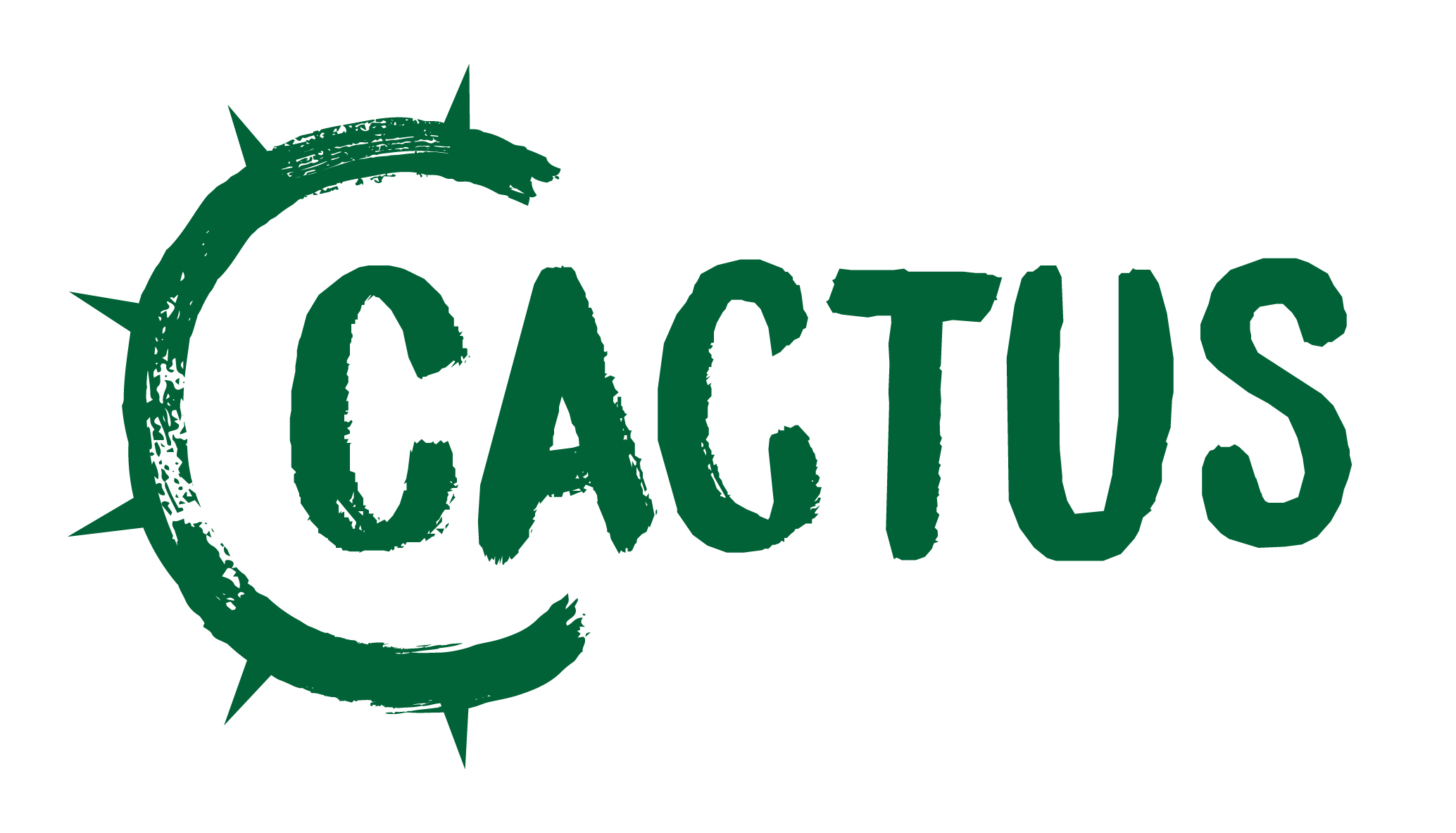 I remember Jackanory from my childhood, primarily as a nuisance programme that interrupted the otherwise enjoyment of post-school TV entertainment. At that point in time the idea of reading a story that contained no pictures or speech bubbles was years beyond me and when some actor or presenter picked up the book and began their recital, I would most likely go outside to kick a ball against a wall until they had finished.

The reason for this recollection is that the programme was of no interest partly due to the fact that it simply told “a story”, and for the most part that meant that it wasn’t true, it was seemingly nothing more than a fairy tale. To underline that thinking the term “Jackanory” became a phrase for a lie or embellishment of the truth. I remember earnest efforts to convince adults of particular events only to get the response of a shake of the head and the word “Jackanory”.

On reflection the “Jackanory” term simply categorised one type of story; that being one that wasn’t true. But having now spent a good chunk of a lifetime with my head in books without pictures, it is clear that much of fiction includes stories that impart on the reader a sense of truth. As we work our way through life the stories that we hear, read, and increasingly watch, become the narratives that guide our lives and our beliefs. And we are of course the only species on the planet whose actions can be determined by a story rather than the simple impulse to find food or avoid getting eaten.

So, on to the planet and the impact of the “Jackanory” effect on climate change. We now know that the underlying science of global warming due to increased concentrations of carbon dioxide has been well understood for several decades. Why then has the necessary response not materialised, not before now, and even as the forests burn before our eyes, and the homes collapse into the rapids flowing down the streets, not now either? One reason, I would offer, is due to the fact that our actions and activities as a human being are guided as much by an underlying story as to any logical, or scientific reasoning.

Not only has our appetite and reliance upon stories guided our activity but to help matters even more we have managed to monetise the introduction of “new” or better still “News” stories. With that the opportunity for well drilled PR to maintain the status quo has been hugely effective and the ease with which a story can become a “Jackanory” tale is ultimately very concerning. Over the course of the past three decades, it has only taken a well-timed “Climate change is an uncertain science” for the sceptics, and those heavily invested in the continued reliance on fossil fuel resources, to interrupt the output of well-founded research and climate modelling.

Add this to the underlying stories that guide our lifestyles in the Western Democracies, such as “One Life, Live it”, “You’ve got to see the World” or perhaps “The World is your Oyster” and it doesn’t take a lot get the narrative back to the idea that climate change is an alarming narrative threatening to unnecessarily disrupt your life.

Although we may now see much more of the climate change story finally avoiding the “Jackanory” tag, and years after a point where we may have kept the temperature increase to within a degree, there are still sufficient other stories that inhibit our willingness to adopt the level of change needed across our societies. As we contemplate the necessary response to climate change, with many of the solutions well understood and infinitely possible, our real barrier is to interrupt the stories that stand in the way.

Only last month, a BBC article raised the matter of an island nation creaking under the strain of 32 million cars and about to embark on the manufacture of 32 million replacement EVs when the roads and parking lots are already full. The answer, as many within the decarbonisation of transport lobby are well aware of, is that we need to treat transport as a utility and move to shared solutions, be that public transport, or in relation to cars, vehicle sharing schemes.

There is of course a significant barrier here. Who is going to tell the new story, and will it be believed, and who is going to dispel the truth of the old stories that keep multiple cars on the drive, many of which are renewed with frightening regularity? What are these stories? One example would be called “Lord won’t you buy me a Mercedes Benz”. It’s a story of hard working virtuous souls who surely deserve, at the very least, the simple joy of a wonderful Mercedes Benz motor car in reward for their efforts. Not so long ago I bought the Audi story of the flash unruly guy that didn’t appreciate the sophisticated presence of the Audi brand and that those who chose to own an Audi were in turn cool, wise, understated people, appreciative of style and culture, at least that’s the story that I heard.

There are hundreds of similar stories across the various car brands, all of which sit under a wider story which is that you need to own a car in order to cement your role in the world. Not owning your own car, however infrequent its use, is out of kilter with personal growth, and with social standing. With that story, transport emissions have gone through the roof, clogged up the atmosphere with CO2, caused a huge percentage of our land to be covered in tarmac or concrete, and the arteries that were built to provide convenience, have become the most inconvenient places imaginable.

That’s on the ground. The story above the ground is even more interesting, which is that, certainly within the developed world, we can fly and that it is quite reasonable to expect to do so. History shows that we have only been able to achieve this feat for a little over a century from the hundred thousand years or more of homosapien existence, and only then with the carbon intensive support of the jet engine. At a point that science says we have much less than a decade to curb our emissions, how can we overcome the seemingly insurmountable barrier of not flying, and with that discontinuing one of the most carbon intensive activities on our planet.

This is made even more difficult by supporting stories that help to put the carbon intensity facts into the Jackanory script, such as the “It’s only two percent of overall emissions” story, the “You can offset the impact for the price of a cup of coffee” story, and the fast-emerging tale that “Electronic flight and sustainable airline fuel are coming very soon”. Interestingly the “very soon” story is out of kilter with another “very soon” story which states that global carbon emissions have to reach their peak by the middle of the decade.

In many ways, some of the stories that flow from the aviation sector mimic those of the oil industry over the past three decades in that they serve to delay any mass consumer drive to switch away from the high emissions activity. Again, a timely reference to sustainable fuel, or electronic flight is sufficient to assure the travelling public that no change is required. Insight into what may be possible in the future is helpful and informative but without clear reference to the timeframes for getting to anything like true scale then the information only serves the narrative that it’s okay to continue with business as usual.

Thus, the overall point here is that the greatest barrier to tackling climate change is in driving behaviour change rather than finding the actual physical and technological solutions, and in achieving behavioural change we have to be very conscious of the stories that we circulate within the business world and wider society. Whilst these individual facets of stories all have some levels of credibility it is their impact on the wider narrative that is most important and why some of this messaging is at best misleading, but often disingenuous in its guise of addressing climate change whilst maintaining historic behaviour patterns.

For decades the story of “Human influenced climate change is an uncertain science” was an easy story to tell, it wasn’t untrue, but it served to drive another story which was the “Climate change is a matter being driven by environmentalists with other agendas” story. A similar approach served the tobacco industry well in delaying the restrictions to smoking and smoking advertising. The climate sceptics were able to interrupt the “We need to take immediate action on climate change” plea because their reference to the uncertainty of the science was sufficient ammunition to bolster the “environmentalists are trying to take your life back to the dark ages” story.

The Intergovernmental Panel for Climate Change Sixth Assessment Report from Working Group 1 is not a story. It represents the review of over 14,000 research papers by climate scientists from across the world. It provides advice to governments as to the latest climate models and the likelihood that the various scenarios will play out. These scenarios include an assessment that says we will reach 1.5 degrees of temperature increase above pre-industrial levels within two decades no matter what action we take, and that only significant reductions in emissions now will push this increase towards the latter part of the prescribed timeframe.

We need new powerful stories to support the scientific work and stories that replace the longstanding “Jackanory” material that continues to limit our response to the climate crisis. Something like a story that goes “We all stepped up, we all put our previous occupations behind us and did what we needed to do to repair the world so that our children stood a chance” story, whether or not that is a fairy tale only time will tell, and if it is, then it is highly likely that no celebrity will get to read it on Jackanory.